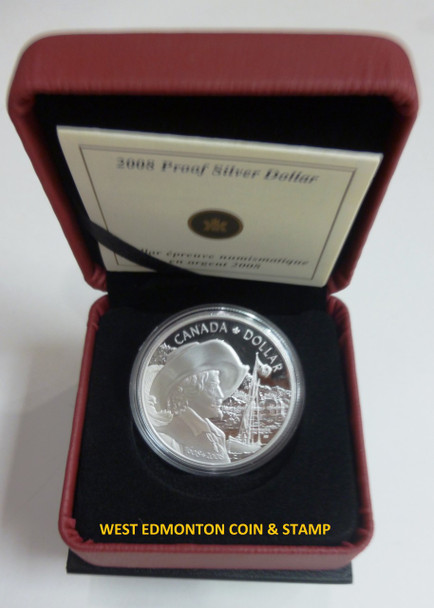 In 1608, Samuel de Champlain landed on the shores of the St. Lawrence River at a place the Algonquin people called Kebek. "Where the river narrows" was a popular spot where they came to fish and to barter. For nearly one hundred years prior, the French had tried to get a foothold on this part of the New World but were outmatched by scurvy, harsh winters and hostile natives. Now, as Champlain surveyed this strategic point on the river, its natural harbour and aboriginal presence, he knew it was the ideal location for a fur trading post.

Champlain's first habitation was a residence, warehouse and fort combined, complete with cannons, a palisade of wood stakes, a moat and a drawbridge. Within the year, it was a bustling enterprise where First Nations people came to trade furs for European goods. As ships sailed the ocean and canoes paddled up and down river, Kebec became a bustling maritime city, the third largest in North America. By the mid 1800's, it was a major outlet for lumber and soon added wheat to its exports.

But the city's unique character attracted more than industry. Two hundred years ago, wealthy tourists were already writing about this "masterpiece of art and nature" in their memoirs. Now as the only walled city in North America celebrates its 400th year, visitors have an enviable opportunity to literally step into the past and listen to the echoes of history from within its walls.

Special Feature:
Design features a portrait of Samuel de Champlain with the "habitation" he built at the foot of Cap-aux-Diamants at Kebec (now Quebec City) in the background.

Packaging:
Coin encapsulated and presented in a maroon clamshell case lined with flock and protected by a black sleeve.

Now: $39.95
Was:
1993 Proof Silver Dollar Commemorating the 100th anniversary of the Stanley Cup, first presented during the 1892-1893 season to the Montreal Amateur Athletic Association team by Lord Stanley...

Now: $69.95
Was:
Although green thinking is familiar to us today, at the dawn of the twentieth century people saw the economic good sense of managing resources for efficiency and profit. Increasingly, though, this...