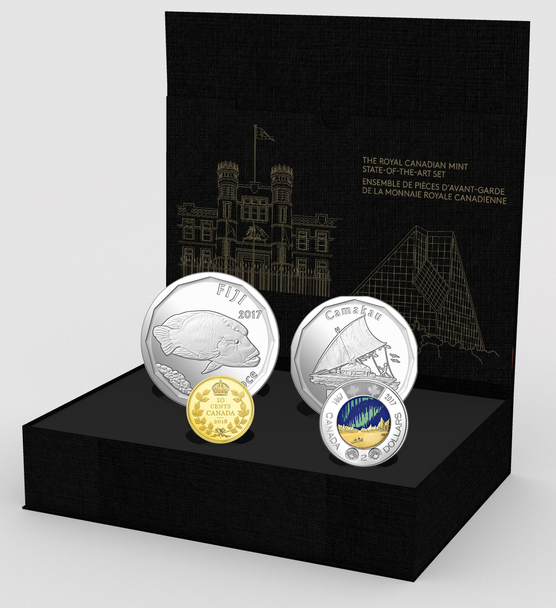 We pride ourselves on offering top-quality craftsmanship and state-of-the-art coin designs. It’s a combination that has produced some of the most sought-after, talked-about coins. And the proof lies in this elite set. The 2018 State-of-the-Art set is an elite sampling of cutting-edge technologies and innovations that help set our coins apart. But it, too, marks a Mint first: this is the first set to feature one coin from each business line—numismatics, bullion, Canadian and foreign circulation—all proudly struck at our facilities.

Now: $39.95
Was:
As Canada’s flag celebrates its 50th anniversary, the Royal Canadian Mint pays tribute to the maple leaf as a national symbol with a stunning coin that captures the natural beauty of the sugar...