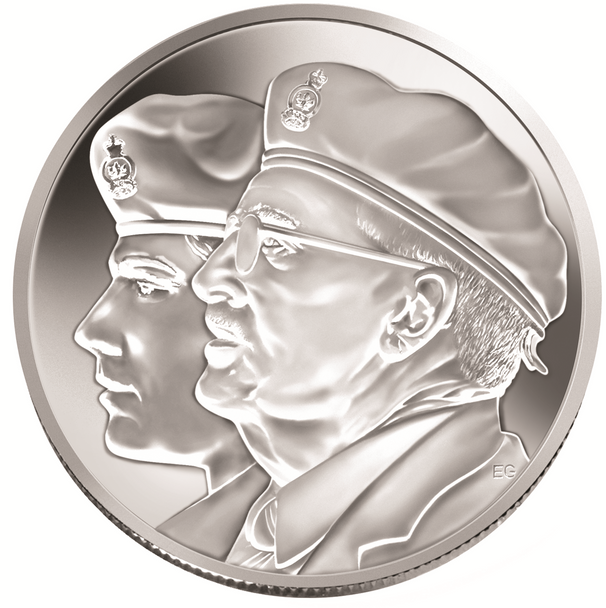 Theme:
To go wherever we’re needed… To do whatever isasked of us. A son leaves for duty, a mother weeps. Through sorrowful tears, a sister whispers “goodbye,” knowing she will break her promise and also leave home. She too, feels driven to serve. Across Canada, this scenario played out in countless homes as two World Wars and the Korean War stirred a great sense of humanity in the hearts of Canadians. Many felt compelled to act, to rush to the aid of the oppressed and join the fight for freedom. As soldiers, sailors and airmen headed into battle, nurses, doctors and support personnel were not far behind. Faith and hope survived the battlefield by finding refuge in the hearts of clergymen. On the home front, people took to the factories to build military equipment and assemble supplies. They supported the war effort in any way they could. Regardless of the role each person played, War was now their acquaintance and heartbreak would soon be calling. It arrived in the form of physical pain, haunting memories and the irreparable torment of human loss. These were the times that bravery and self-sacrifice found their true definition. The soldier’s ability to find courage in the depths of despair is a concept that is difficult to
conceive in the comfort of modern freedom. It is a virtue that must never be forgotten — one that deserves open respect and admiration. Honour those who willingly choose to serve — Canada’s heroes of the past, present and future.

Packaging:
Maroon display case with an insert which houses the coin. Protected by a black beauty box.

Now: $69.95
Was:
According to the Chinese zodiac, it’s the Year of the Dog. In an on-going celebration of traditional Chinese-Canadian culture, this fine silver coin by the Royal Canadian Mint commemorates 2018 as...

Now: $1,059.62
Was:
The theme, based on Chinese astrology, is a very popular one in Asia and is rapidly gaining popularity in the West. This series which began in 2000 and continues for the upcoming...

Now: $199.95
Was:
During the 17th and 18th centuries, New France faced chronic shortages. The colony was months away from the motherland, isolated for months by winter ice and the treacherous Atlantic Ocean that...

Now: $129.95
Was:
On April 22, 2001, Colonel Chris Hadfield made history as the first Canadian to perform a spacewalk when he installed Canadarm2 on the International Space Station 400 km (249 mi) above the earth...