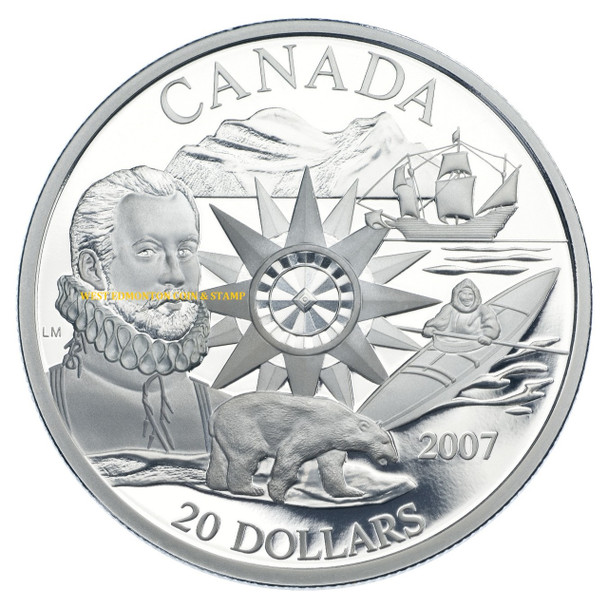 Hundreds of years ago, the Arctic was viewed as the gateway to the world. Today, it is viewed as the key to understanding it. The first polar explorers, the Inuit, had been comfortable living in the Arctic for thousands of years, but for the Europeans, it was a harsh and mysterious place—and the need to study this unknown land became abundantly clear as Sir Martin Frobisher searched for the Northwest Passage in 1576. The arrival of the first Englishman there was likely to fuel notions of empire-building back home. Arctic settlement seemed inevitable and with that in mind, Frobisher constructed a house of lime and stone so the Arctic's effects on its structure could be observed. In 1882, growing consensus among scientists prompted the launch of 15 coordinated expeditions to the Arctic and Antarctic—the first International Polar Year. Much has been learned since that first Polar Year 125 years ago and much remains to be understood about the polar regions—their climate, environment and their inter-relationship with the oceans, atmosphere and other land masses. The historic search for the Northwest Passage did indeed reveal that all parts of the globe are connected, but as the next Polar Year will continue to show, that connection reaches far beyond the scope of a trans-Arctic trading route.

Design: depicts Sir Martin Frobisher with a 16th century compass rose and his ship, the Gabriel. An iceberg, polar bear and Inuit man in a traditional kayak are other iconic images that bringthe essence of the Arctic to this composition.

Now: $129.95
Was: $149.95
2009 $30 Sterling Silver Coin - International Year of AstronomyFrom the earliest days of prehistory, humanity has looked up at the sky in wonder. Early civilizations told countless legends of magical...

Now: $119.95
Was:
Step into a world of serene beauty on the reverse of this fine silver coin, where summer blooms line the path beneath the arbour greenery. The tranquil setting is captivating in the natural light;...

Now: $104.95
Was:
The maple leaf has long been an internationally recognized emblem of Canada-an iconic symbol that has come to represent the history and identity of its people and the land itself.In the background,...

Now: $69.95
Was:
It is a discovery that sends hearts pounding and opens a window to the mystifying world of dinosaurs. Their fossilized bones testify to the massive beasts that once ruled the earth but disappeared...

Now: $329.95
Was:
Nature's Canny Cultivator It is one of summer's iconic moments: a buzzing black-and-yellow bumble bee plodding heavily from delicate bloom to delicate bloom. A subgroup of the roughly 730 described...