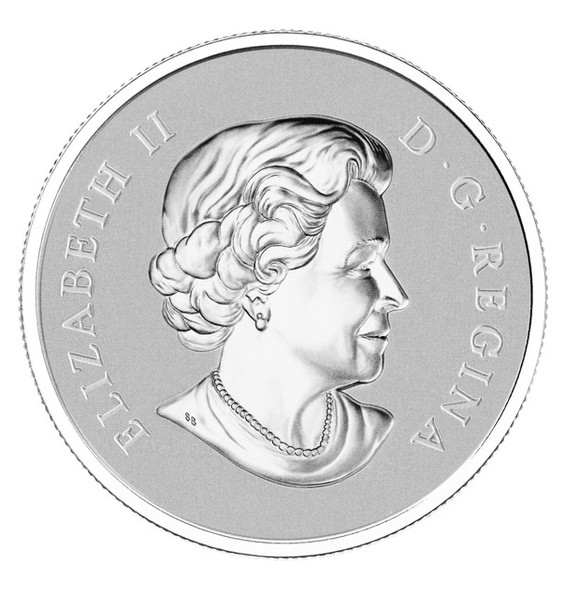 Valour, perseverance, diversity: the maple leaf is a powerful symbol of Canadian identity and values. This national symbol is well-chosen: the sugar maple is a very important member of the northeastern Canadian boreal forest. While the species is most renowned for the clarity of its sap, which produces some of the world's purest and finest maple syrup, it is also a highly resilient tree that can germinate, grow, and thrive in areas with poor sunlight and problematic soil. It produces extremely hard, sought-after hardwood, which is used for items ranging from musical instruments and furnishings to professional basketball court floors and pool cues.

This hardy species has represented Canadians' stalwart spirit and strong connection to the country's natural landscape. When the symbol first came into official use in the nineteenth century, Canadians chose a twig of three golden maple leaves to represent Ontario and a twig of three green maple leaves to represent Quebec. As the years unfolded, so did the intricacies and applications of this national symbol, most prominently on the national flag and on Canadian currency.

Special Features:
-A tribute to Canada's iconic symbol that celebrates not only the robust Canadian spirit but also the exceptional craftsmanship offered by the Royal Canadian Mint.
-1/2 oz of 99.99% Fine Silver HST/GST Exempt!
-A great way to own and cherish a treasured symbol of Canada; makes the perfect gift for memorable milestones or treasured achievements.
-The second coin in a series featuring Canada's iconic emblem.

Now: $62.37
Was:
The "Grizzly" silver bullion coin is struck from one ounce of 99.99% pure silver and bears a face value of $5. The grizzly design on its reverse is the work of Senior Mint Engraver William Woodruff...

Now: $34.95
Was:
As Canada’s flag celebrates its 50th anniversary, the Royal Canadian Mint pays tribute to the maple leaf as a national symbol with a stunning coin that captures the natural beauty of the sugar...

Now: $89.95
Was:
This year’s two-dollar coin features an elk calf. In early summer, elk cows give birth to a single spotted calf that weighs about 16 kg (35 lbs). On a diet of their mother’s rich milk,...

Now: $289.95
Was:
Spirit of a nation. A nation’s character and spirit are often revealed in the designs of its circulation coins. For Canada, no other coin has done this more profoundly than the voyageur silver...

Now: $99.95
Was:
It is a discovery that sends hearts pounding and opens a window to the mystifying world of dinosaurs. Their fossilized bones testify to the massive beasts that once ruled the earth but disappeared...

Now: $149.95
Was:
Building unity-The seeds of a nationFor Canadians, the War of 1812 conjures a rich historical moment steeped in both fact and myth, full of heroes, villains, disastrous defeats, and glorious...

Now: $34.95
Was:
As Canada’s flag celebrates its 50th anniversary, the Royal Canadian Mint pays tribute to the maple leaf as a national symbol with a stunning coin that captures the natural beauty of the sugar...