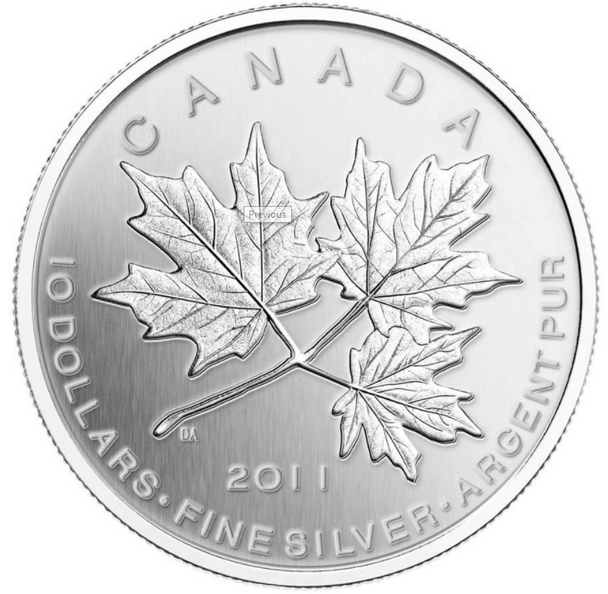 Emblem of a Nation’s Spirit
From backpackers in Berlin to peacekeepers in Pakistan, Canadians are immediately identifiable by a singular image they faithfully sport on pins, badges, and appliqués: the red maple leaf.
This lyrical cipher has symbolized Canada and Canadians for nearly three hundred years. Historians generally recognize the adoption of the maple leaf by Quebec’s Société Saint-Jean-Baptiste in Montreal in 1836 as the first official use of the symbol to represent an element of Canadian culture.
The symbol was soon popularized in print, song, and in the small markers—such as lapel pins—with which Canadian residents of various origins honoured their homelands. The English had their roses, the Scots their thistle, the Irish their shamrocks, and the French their fleur-de-lis—and native-born Canadians quickly chose the prosaic maple leaf.
The idea of including the maple leaf on Canada’s national flag took root with Lester B. Pearson in World War I, when he noted that every Canadian battalion had included some form of the maple leaf in its insignia. Fifty years later, in 1965, under his leadership as prime minister, Canada’s famous red-and-white maple leaf flag was born.
In addition to the maple leaf’s presence on various provincial flags and coats of arms, the country’s coinage has featured maple leaves, wreaths, and boughs in various forms for most of Canada’s history. In fact, the maple leaf was present on all Canadian coins from 1876 to 1901. Since that time, it has always appeared on Canadian pennies, and numerous other Canadian numismatic coins.
Special features:
- A tribute to Canada’s iconic symbol, inspired by the timeless design that has graced Canada’s one-cent circulation coin since 1937.
- ½ oz of 99.99% Fine Silver – HST/GST Exempt!
- Makes the perfect gift for memorable milestones or treasured achievements.
- A great way to own and cherish a treasured symbol of Canada.
View AllClose

Now: $74.95
Was:
Hockey’s enormous popularity in Canada has been fed for nearly a century by the National Hockey League®. To celebrate “our game,” the Royal Canadian Mint is proud to launch the 2015 edition of...

$21.95
Now: $18.00
Was: $21.95
Start a new tradition with an original heart-warming holiday coin and gift set. With its unique $1 coin, this set continues to be one of our most popular holiday gifts. Friends and family will love...

Now: $12.95
Was: $24.95
Millennium Nickel Souvenir Set 1999 Features all 12 of the special edition 1999 millennium quarters and a medallion in the original packaging from the Royal Canadian Mint. The set is uncirculated...