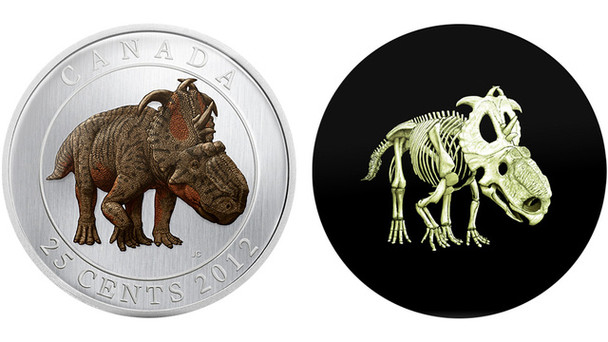 73 Million Years After the Flood: Unearthing the Ancient Mystery of Pachyrhinosaurus lakustai

Pachyrhinosaurus lakustai was first discovered in 1972 by a science teacher from Grande Prairie, Alberta named Al Lakusta. In what would prove a significant discovery, Lakusta located the dinosaurs in a rich bed of prehistoric bones at Pipestone Creek, Alberta. The bonebed is perched on the steep wall of a valley carved through bedrock, exposing strata of the Wapiti Formation.

When the area was finally excavated in 1986, paleontologists from the Royal Tyrrell Museum of Palaeontology in Drumheller, Alberta, were amazed to find an enormous wealth of bones. Some areas of the site averaged 100 bones per square meter.

The Pachyrhinosaurus lakustai herd that these researchers ultimately uncovered is a species of ceratopsid (or horned dinosaur) from North America's Late Cretaceous period. These formidable beasts were up to 8 metres (26 feet) long and weighed up to four tons. The most distinctive feature of this amazing beast is its massive head, which is dominated by large bony structures called 'bosses' above the nose and eyes (Pachyrhinosaurus means 'thick-nosed lizard') and a hefty frill of bone on the back of its skull festooned with small horns.

While their substantial armour of facial and cranial bone suggests a menacing nature, Pachyrhinosaurus lakustai was actually a herbivore that survived on tough, fibrous plants.

Special Features:
-New series of four coins! This distinctive cupronickel coin is the first in a four-coin series of coloured Prehistoric Creatures coins featuring photo-luminescent elements.
-An ideal gift for dinosaur enthusiasts young and old, and a unique addition to any numismatic collection.
-Designs approved by the Royal Tyrrell Museum of Palaeontology
-Effect like photo-luminescence in a glow-in-the-dark technology.
Sunlight is best, for fluorescent and incandescent lights found in most households can also be used to activate the special photo-luminescent ink which makes the bones of the dinosaur glow. For best effect, place the coin in these light sources for 30 - 60 seconds and bring into the dark to reveal the skeleton of the dinosaur.
-The photo-luminescent technology (the glow-in-the-dark) is apparent through capsule.
-The photo-luminescent will not wear

Packaging:
Coin is encapsulated and presented in a Royal Canadian Mint branded maroon clamshell case lined with black flock and protected by a customized coloured sleeve with glow in the dark elements.

Now: $69.95
Was:
It is a discovery that sends hearts pounding and opens a window to the mystifying world of dinosaurs. Their fossilized bones testify to the massive beasts that once ruled the earth but disappeared...