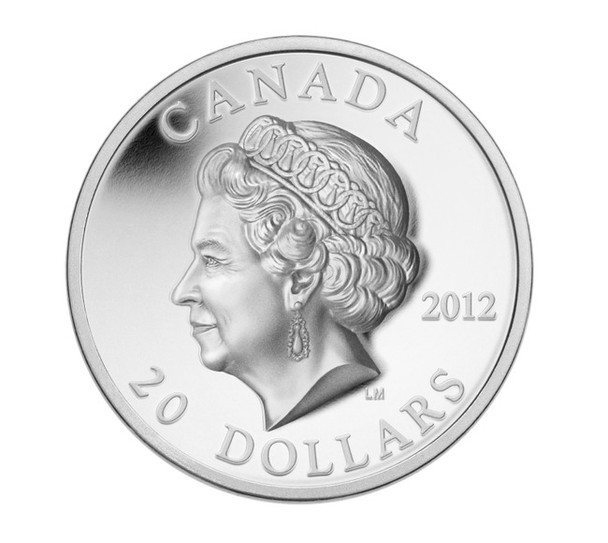 The year 2012 marks the Diamond Jubilee of Queen Elizabeth II a celebration around the world of the 60th anniversary of Her Majestys succession to the throne.

On June 2, 1952, Her Majesty Queen Elizabeth II ascended to the thrones of England and the seven Commonwealth realms that recognized her as their head of state at that time, including Canada. As millions around the world watched her coronation in Westminster Abbey-the first televised British coronation-they could not know that they were witnessing the inauguration of a reign that would last well into the next millennium. Among British monarchs, Queen Elizabeth II is one of only two rulers in the history of Britain, Canada, and a number of other Commonwealth countries to have reached their sixtieth ruling year. Only Queen Victoria, in 1897, celebrated a Diamond Jubilee prior to Queen Elizabeth II.

Diamond Jubilee Celebrations around the world will acknowledge Queen Elizabeth II's lifetime dedication and service to her subjects, to the Commonwealth, and to innumerable charitable causes.

Special Features:
-Double-effigy coin (reverse and obverse).
-A RARITY! The featured reverse effigy is struck in the ultra high relief long associated with ancient medallic art.
-HANDCRAFTED ARTISTRY! This magnificent coin is hand-polished and quadruple struck. Slight inconsistencies in the quality of the surface are normal for this ultra-high relief process.
-Designs approved by Her Majesty Queen Elizabeth II.

Packaging:
Coin is encapsulated and presented in a maroon clamshell case lined with flock and protected by a black sleeve.

$99.95
Now: $72.00
Was: $99.95
The first coin in the new 4 coin bison series—celebrating the largest land animal in North America, a symbol of strength, and an important part of the history of the Prairies region of Canada...

Now: $39.95
Was:
As Canada’s flag celebrates its 50th anniversary, the Royal Canadian Mint pays tribute to the maple leaf as a national symbol with a stunning coin that captures the natural beauty of the sugar...

Now: $79.95
Was:
No other photograph in Canadian history was as widely known as “Wait for Me, Daddy”, nor did any other capture so poignantly the impact of the war effort on the lives of Canadians. In...