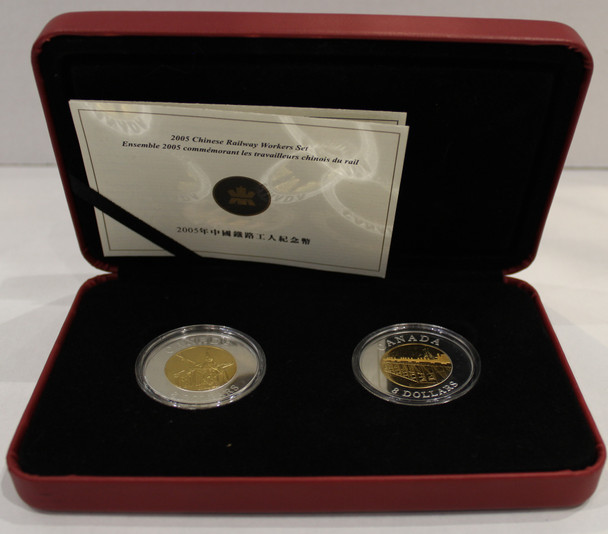 To persuade British Columbia to come into the fold of Confederation in 1871, Canada promised to build a transcontinental link by rail to join the commerce of the east to that of the west.No easy feat, the massive project of the Canadian Pacific Railway entailed cutting through mountains and building bridges to cross rivers and valleys. Thousands of Chinese workers toiled hard to help build the Canadian Pacific Railway through the Rocky Mountains of western Canada during the 19th century.

Between 1880 and 1885 many of these workers lost their lives in the process of construction. Their sacrifices helped greatly to achieve a united Canada. For their dedication, Canadians should be proud of those Chinese workers who helped build the Canadian Pacific Railway, which was officially completed on November 7, 1885.

$89.95
Now: $67.00
Was: $89.95
Once plentiful as far south as the St. Laurence Gulf, the Atlantic walrus fell prey to the whaling industry of the 19th century. Today, its range within Canada is limited to the eastern Arctic and...

Now: $79.95
Was:
The shape of trade in ancient China (TAX Exempt) A first for the Royal Canadian Mint! This unique coin was inspired by the square-holed coins that came into use in China after 523 B.C. Many believe...

Now: $74.95
Was:
Theme:   A Blessing for Long Life Like the strong-backed tortoise with its steady, relaxed gait, the Chinese cherish harmony—and the longevity it brings. Indeed,...

Now: $109.95
Was:
From Canada's unlikely north comes a natural wonder that has fascinated humanity for thousands of years - diamonds! (TAX Exempt)These precious stones began forming billions of years ago when the...

Now: $12.95
Was: $24.95
Millennium Nickel Souvenir Set 1999 Features all 12 of the special edition 1999 millennium quarters and a medallion in the original packaging from the Royal Canadian Mint. The set is uncirculated...