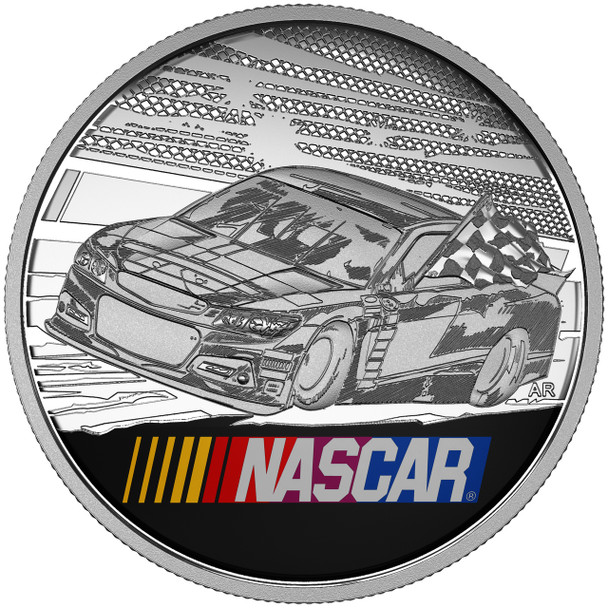 It’s the roar of a 900-horsepower engine; the rush of cars speeding by at 320 kilometres per hour; the intensity of it all in a sport where a fraction of a second can determine victory. The need for speed is well known to the seven million Canadians who share a passion for the heart-thumping, bumper-to-bumper action of NASCAR® racing, which is celebrated on this fine silver medallion.

DESIGN
The reverse design by Canadian artist Arturo Rotondo captures some of the exhilarating speed and thrilling rush of a NASCAR® race, as seen from a fan’s perspective. Detailed engraving captures the streamlined shape of a race car during a victory lap, as the driver speeds along the racetrack while waving the famous checkered flag. Just below the car is the official NASCAR® logo; this is also featured on the obverse, which depicts a wheel in motion in order to convey the high-paced racing action that NASCAR® is famous for.

Now: $269.95
Was:
THE STORYWith the creation of the Canadian Volunteer Service Medal ( in 1943 Canada became the first country in the Commonwealth to recognize voluntary service in the Second World War The medal...