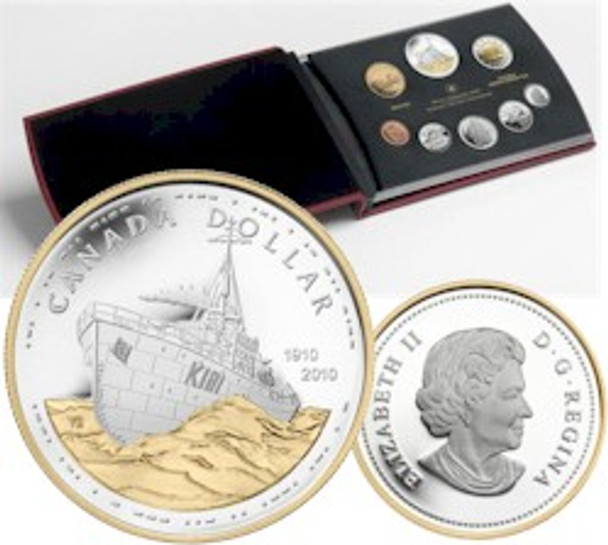 It was the Second World War that really brought the Royal Canadian Navy (RCN) to fruition. More than 120 corvettes were built to become the guardians of the North Atlantic escorting convoys and attacking submarines that had so threatened the fledgling navy during the First World War.

His/Her Majesty's Canadian Ship (HMCS) Sackville was one of the original 1939-40 Flower Class corvettes ordered for the RCN. She was built at Saint John (New Brunswick) and entered service in December 1941. The corvette class, with 122 built in Canada by war's end, had elevated the RCN to the third largest navy in the World.

HMCS Sackville gained recognition for engaging three U-boats at sea. Although she sustained heavy damage, Sackville was retained for post-war service, first as a training ship and after-wards as a research vessel for the Bedford Institute of Oceanography. In 1982, she was acquired by The Canadian Naval Memorial and reconverted to her original state in 1994. Today, as the last surviving corvette, Sackville serves as The Canadian Naval Memorial, a living museum dedicated to the courageous people who have served in Canada's navy. She is berthed at the Sackville Landing Wharf, Lower Water Street in Halifax (Nova Scotia).

It is the third set to feature the commemorative silver dollar selectively gold plated on the reverse and the edge.

Now: $49.95
Was:
1987 Proof SetSet comes in a black box with red satin interior. In addition to the new Loon dollar coin, this set contains the silver dollar commemorating the 400th anniversary of John Davis'...

Now: $89.95
Was:
1996 Proof SetBeginning in 1996, the five cent, ten cent, twenty-five cent and fifty cent coins were struck in sterling silver. All other specifications remain the same as the older Prestige/Proof...