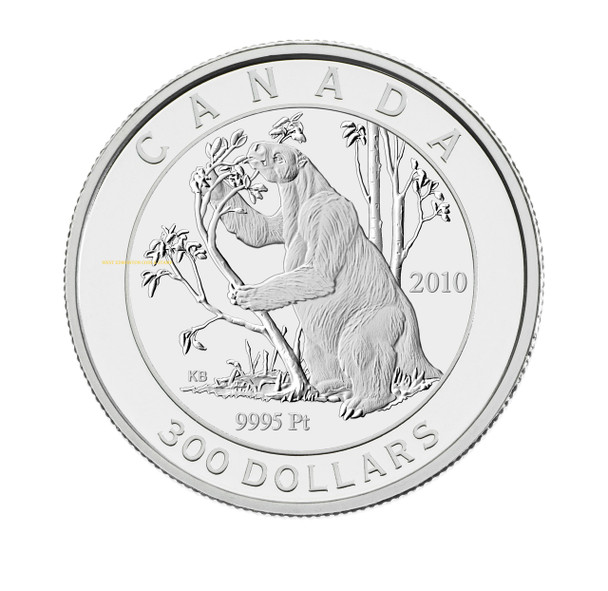 A curious resident of the Ice Age
The ground sloth is one of North America’s most unusual prehistoric animals. Its peculiar bones are an intriguing and welcome find for paleontologists; so remarkable that President Thomas Jefferson felt compelled to present specimens he had received to Philadelphia’s American Philosophical Society in 1797. This discussion inspired vertebrate paleontology in North America and the species Megalonyx jeffersonii is named for the third President.
Several species of Megalonyx have been named. Jefferson’s is the largest, most recent ground sloth, estimated to have appeared more than 150,000 years ago. It was a distant relative of the modern two- and three-toed sloths that spend most of their time in trees. In contrast, the Jefferson ground sloth was ox-sized, growing to 2.5 or 3 m (8 to 10 ft) long. It had a short, broad head with a blunt muzzle. The teeth were peg-like with space between the blunt fang-like teeth and wider cheek teeth.
In Canada, fossils of Jefferson’s ground sloths have been found in Saskatchewan, Alberta, British Columbia, as well as the Yukon and the Northwest Territories. The species became extinct about 9,000 years ago..

Now: $3,485.70
Was:
Designing a nation's character   The Coat of Arms for British Columbia (BC) incorporates the Provincial Shield as a central element. The upper section of the shield features the Union Jack...

Now: $2,800.00
Was:
For much of Canada’s history, a singular image has symbolized this land and its people: the maple leaf. Popularized in songs and stories, on pins, flags, arms, badges, banknotes and coins, the...

Now: $184.95
Was:
DESCRIPTION  Made with 1oz of pure silver, this wacky, out-of-this-world piece showcases coloured artwork of Rick and Morty causing mayhem, which contrasts wonderfully with the mirror...

Now: $429.95
Was:
DESCRIPTION  This is a unique 3oz pure silver coin engraved with one of the greatest heroes of the Rebellion, Han Solo™, frozen in carbonite. The coin has been shaped like a bar to...

Now: $399.95
Was:
DESCRIPTION  Darth Vader™ returns on this monumental coin. Packed with iconic imagery of the villainous Vader in a visually stunning montage on 3oz silver. Numerous renditions of the...

Now: $184.95
Was:
DESCRIPTION    It was inevitable that our The Mandalorian™ Classic Coin Collection would contain the adorable Force™-sensitive character, Grogu™.   This...