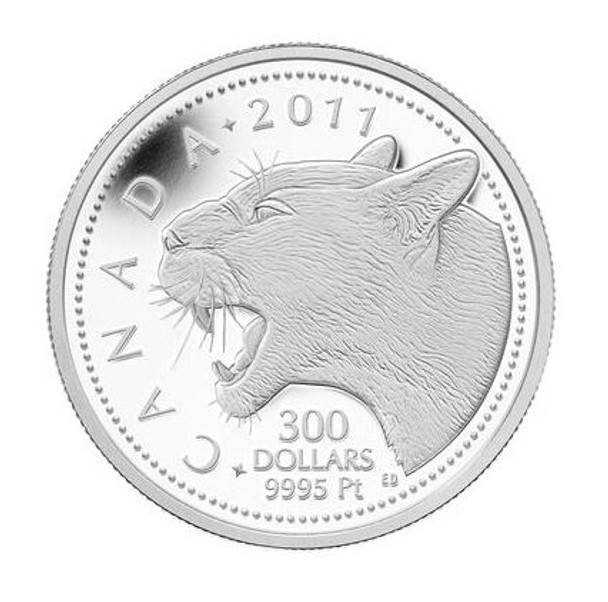 Averaging 64 kg (140 lbs) in weight and up to 3 m (from 5 to 9 feet) in length, the cougar is noted for its lithe musculature, long hind legs, and a tail that, at almost a metre long, acts as an important counterbalance for the noted jumper.

Cougars are known to disperse up to 1,000 km from their natal territory to establish their own hunting domains. Predators of elk, deer, sheep, young moose, and a range of smaller and domesticated animals, their biggest requirements when choosing a home are good cover, access to prey, and the privacy that allows the cougar to live the solitary life it enjoys.

The cougar’s elusiveness makes it difficult to track and protect. It is widely believed that the eastern cougar population was decimated throughout the last few centuries as North America was developed and deforested for agriculture. Many populations were hunted to extinction by livestock farmers. Cougars also disappeared as their prey populations were decimated by hunting, development, and disease. In 1978, the cougar was designated Endangered by the Committee on the Status of Endangered Wildlife in Canada. But in 1998 it was placed in the “Data Deficient” category because there was insufficient data to determine its stats.

Today, there is evidence that the cougar is returning to parts of its former eastern range and that its western populations are growing. Sightings remain rare as this secretive hunter passes through the landscape like a ghost, leaving behind only a few prints and a lingering aura of mystery and awe.

Now: $3,799.95
Was:
*E-TRANSFER ONLY PRODUCT*   A curious resident of the Ice AgeThe ground sloth is one of North America’s most unusual prehistoric animals. Its peculiar bones are an intriguing and welcome find...

Now: $7.00
Was:
The 2020 $2 Bill Reid Commemorative circulation coin is a celebration of the Haida artist's legacy and of Haida culture.